COVID-19: Travel Restrictions in Most Nations 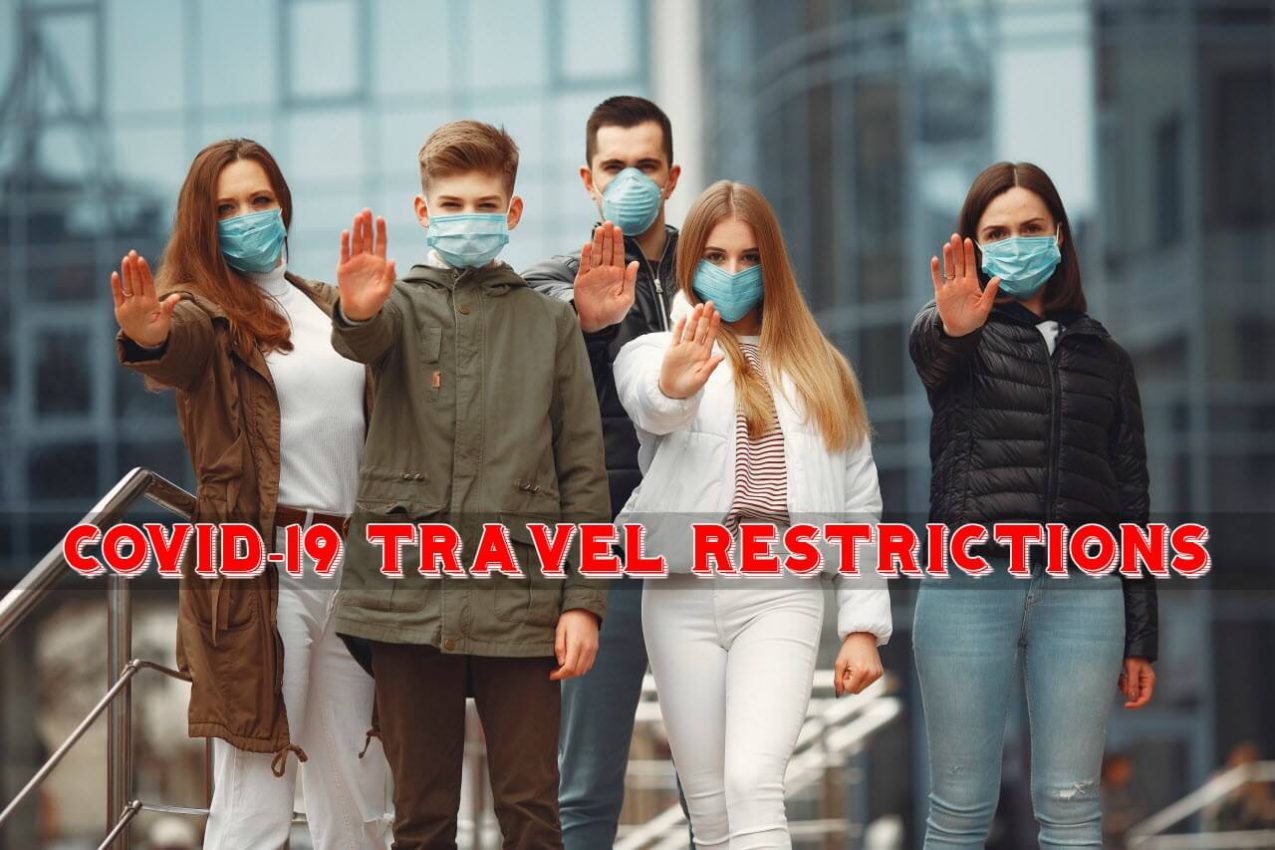 The rapid spread of the coronavirus across the world has disrupted the travel industry, leading to chaos. Many countries have locked down their international borders, canceling international flights.

The pandemic has not only led to the cancellation of major business and sporting events, but it has also caused business and leisure travelers to cancel their travel plans and spend time in isolation to minimize their exposure to the virus. Even Japan has postponed the Tokyo Olympics to 2021. More than 200 countries have positive cases of COVID-19 and thousands of people have succumbed to the disease.

The virus, which was first detected in the Wuhan Province of China, does not have a treatment or vaccine. It is especially dangerous to the elderly and people with underlying health conditions. This has prompted many countries to close their borders and travelers entering these countries are quarantined. Even though the World Health Organization has said that lockdown will not be effective in curbing the spread of the virus – the only thing that will help is testing and social isolation.

The coronavirus COVID-19 is affecting 210 countries and territories around the world and 2 international conveyances: the Diamond Princess cruise ship harbored in Yokohama, Japan, and the Holland America’s MS Zaandam cruise ship.- Source

While all countries are testing their nationals and foreigners who have come from COVID-affected countries, some of the countries have taken measures to close their borders to restrict international travelers. These countries are as follows:

The American government has suspended travel from specific countries in Europe for 30 days. However, travelers from the UK and countries that are not part of the Schengen Zone can still visit the US. American nationals will be allowed to enter the country after undergoing multiple screenings.

The US is not allowing foreigners who have recently visited China and Iran to come into the country. US nationals and permanent residents coming from these countries will be screened and their movements restricted for 14 days. On the other hand, the Centers for Disease Control has published an advisory that citizens should avoid non-essential travel to Italy and South Korea, and anyone returning from these countries will face quarantine in their homes for 14 days.

Click Here to track coronavirus cases in the USA

On 10 March, the UK restricted to and fro travel from China, Italy, and parts of South Korea. The country is trying to contain the infection, but now the British Prime Minister, Boris Johnson, has tested positive for coronavirus. Even Prince Charles has contracted the virus. The country has asked businesses to let their employees work from home. It has closed schools and asked people to minimize the usage of public transport.

Click Here to track coronavirus cases in the UK

Canada has asked its nationals to avoid non-essential travel to Italy, China, and Iran. However, the first lady tested positive for coronavirus after returning from a speaking engagement in the UK. Canadians and foreign travelers coming to the country have been asked to monitor themselves for possible COVID-19 symptoms.

Other countries that have travel restrictions in place include Australia, Saudi Arabia, and Qatar. Australia has restricted travel from China, Italy, South Korea, and Iran as it considers them hotbeds for COVID-19. Australian nationals returning from these countries are being quarantined for 14 days in remote islands to prevent the spread of the disease.

As the virus spreads and burdens the healthcare systems, more countries are joining the existing countries to close their borders and prevent international travelers come entering.

The world’s largest democracy has suspended all existing visas issued to foreigners until 15 April 2020. After China, India was one of the first nations to announce a lockdown. This came into effect from 13 March 2020, from 1200 GMT. The Indian government has requested foreign nationals and non-resident Indians to get in touch with the Indian embassy or consulate in their country to get more details.

India also quarantined foreigners and Indians coming into the country after 15 February 2020 from COVID-19-affected nations (China, Italy, Republic of Korea, Germany, Iran, Spain, France, and the Middle East). As of now, all international flights to and from India have been suspended until 13 April 2020.

While Wuhan Province has opened up internally after being locked down for nearly three months, China is still closed for outsiders. Many other countries are still observing lockdown and have closed their borders for outsiders. The pandemic has claimed several lives and it has been observed that travelers are bringing the virus into countries. So, whether the lockdown works or not, nations are going ahead and shutting their borders to prevent community transmission and this has thrown many people’s travel plans awry.

If you have made plans to travel to another country, it is best to postpone them until the world gets grip on COVID-19 and countries ease travel restrictions.

Note: The information presented in this post is subject to change and should not be considered as the legal and traveling advice.