The 20 Best Foodie Cities in The World You Must Visit 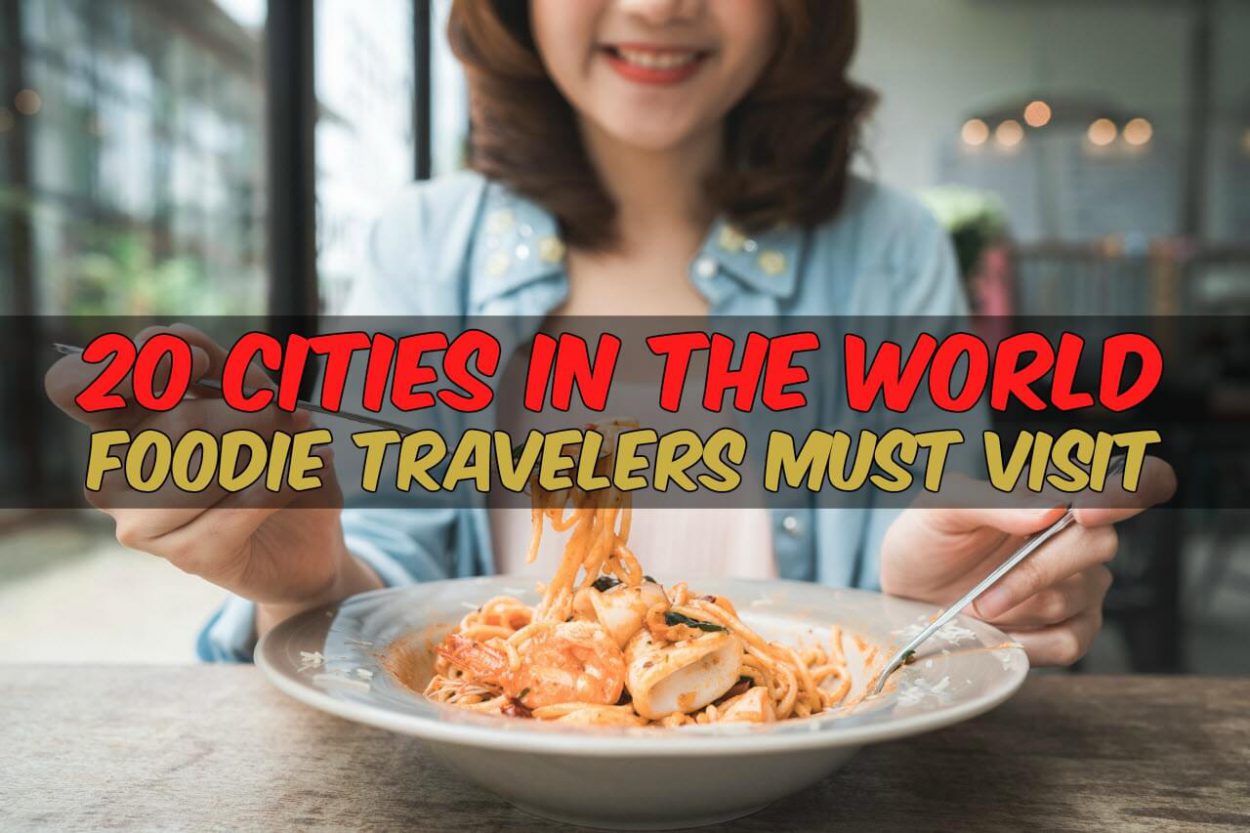 The foodie trips considered as the new age travelling genre, but you may find some traces of the same in history where the British went to India in search of spices. The food or foodie words cannot be defined or you can’t have a single definition for the same because from place to place, cuisine to cuisine and religion to religion it has a different meaning, aroma, flavor and process. Food is an emotion which needs to be explored in the different streets and shores.

Here are some cities which are the best food cities in the world (one can say “food heaven”) for the food lover and if you are a food lover, you must visit them to satisfy your food lust. 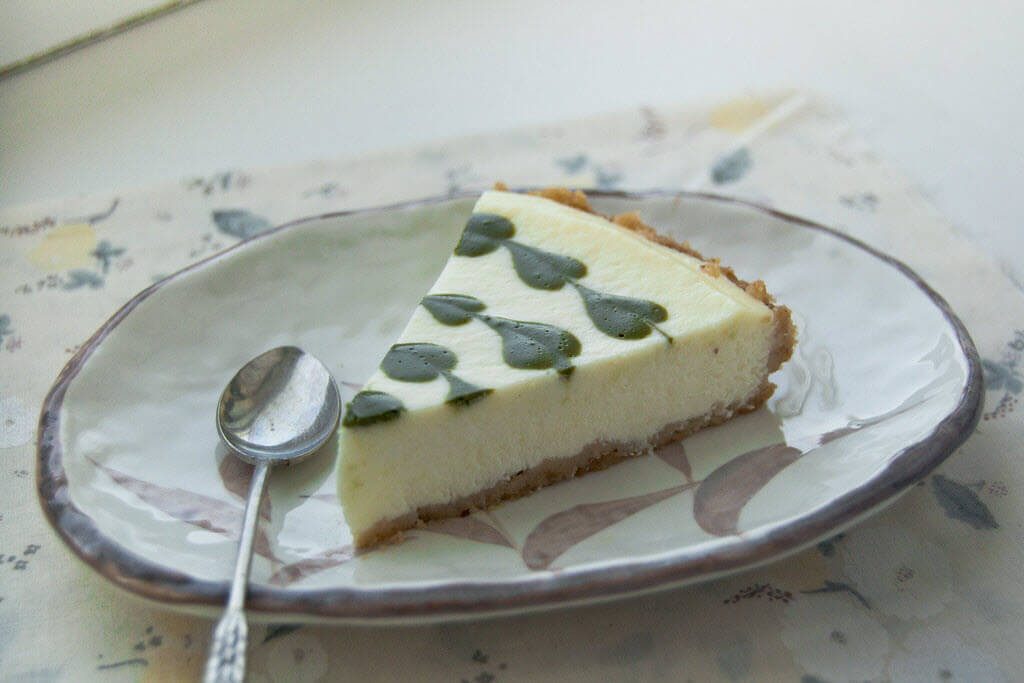 When you a foodie and forget the name of New York, it’s unfair. New York is ruling the food industry for years by having Michelin star restaurants. The place is cosmopolitan hence here you will find out diversified food dishes ranging from royal dinner opportunities to simple food trucks selling pasta. Here you can dine out simple but heart melting food from every cuisine let it be Indian or Arabic cuisine. But if you want to know what is the common man’s taste? Then, do try out ramen or cheesecakes of the place. 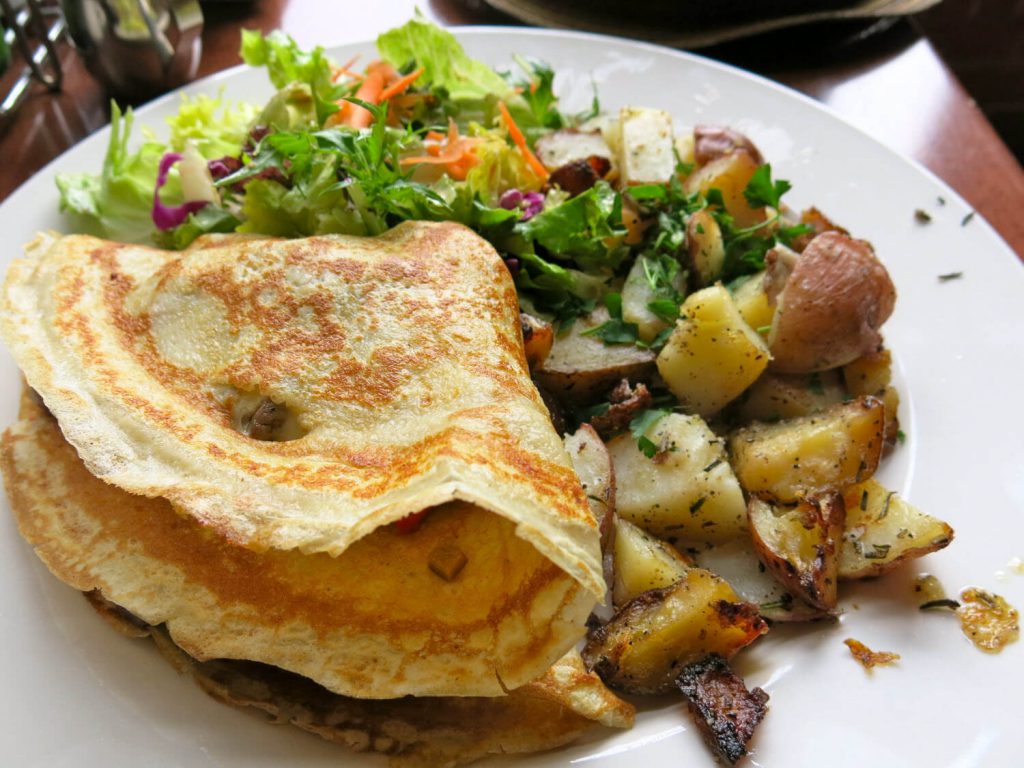 San Francisco is attracting visitors with unconventional food taste and cuisine as much as it does it through the famous Golden Gate Bridge. The food culture of the city is so alluring that after New York, San Francisco is the city which has most of the foodie travelers. There are certain dishes which you must give try at are Cioppino, Mission-style burrito and Clam chowder in a sourdough bread bowl. Unlike fashion, the city has some trend-setting restaurants you should definitely walk in.

Portland never failed at setting the trends and celebrating life, Let it be the lifestyle or being hipsters or crunchy. Just like the culture, food of the place is also attracting food lovers from all over the world and being home to various dishes and cuisine. Don’t forget to hog into the popular food cart dishes are Potato Champion, Chez Dodo, Bing MI, and Matt’s BBQ. 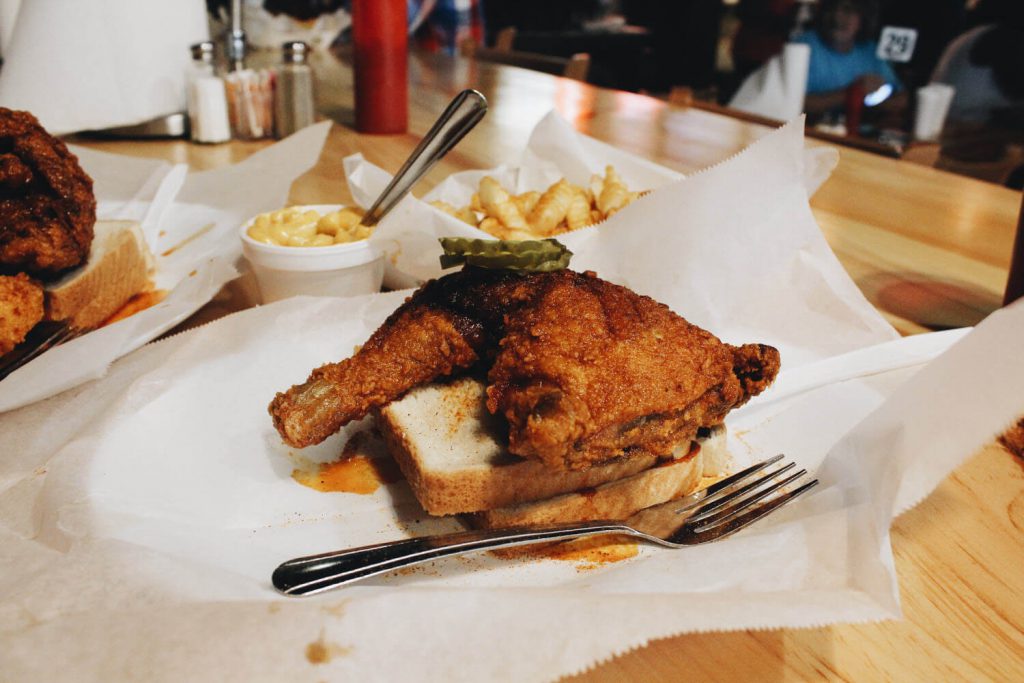 Nashville is known for its music and has been home for the music festivals and carnivals. However, in recent times, it has turned many heads for its culinary generosity. Just like any other art, the place has been creative with food so here you may find a totally new dish which has just come into existence. Prince’s Hot Chicken, Meat &Three, Belle Meade Bourbon are most popular treats of the city. If you are the one who loves food with a touch of music, Nashville is your city. 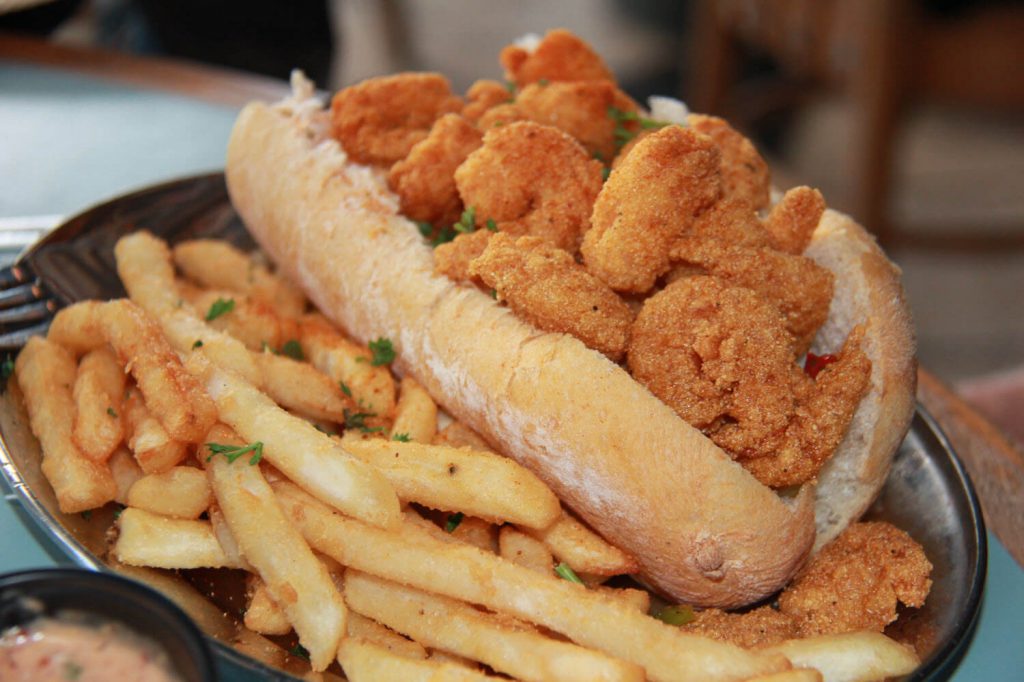 New Orleans is the city of celebration; let it be the traditions or festival the city never goes off for the celebration vibes. Just like any other thing the city does celebrate its 300 years old culinary history. If you are in the city, don’t forget to try on traditional dishes like Po-boy sandwich, Crawfish etouffee, Creole, Cajun. The food of the place has great influence on the French, African and American culture. 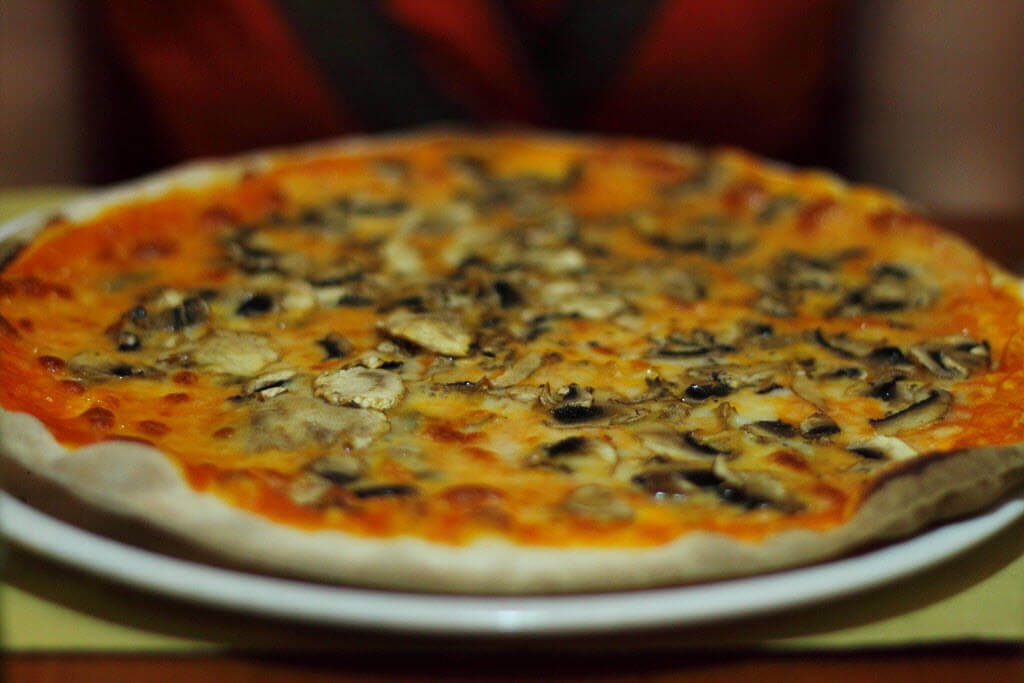 The eternal city of Rome has been a tourist attraction for its famous colonial architecture and monuments. Nonetheless, foodies can enjoy some of the traditional classic foods like Pizza al Taglio, Suppli, Trapizzino, Allesso di Bollito. The food of the place has such a great impact on the city that food like Pasta has also influenced the museum name called The Museo Nazionale Della Paste Alimentari. 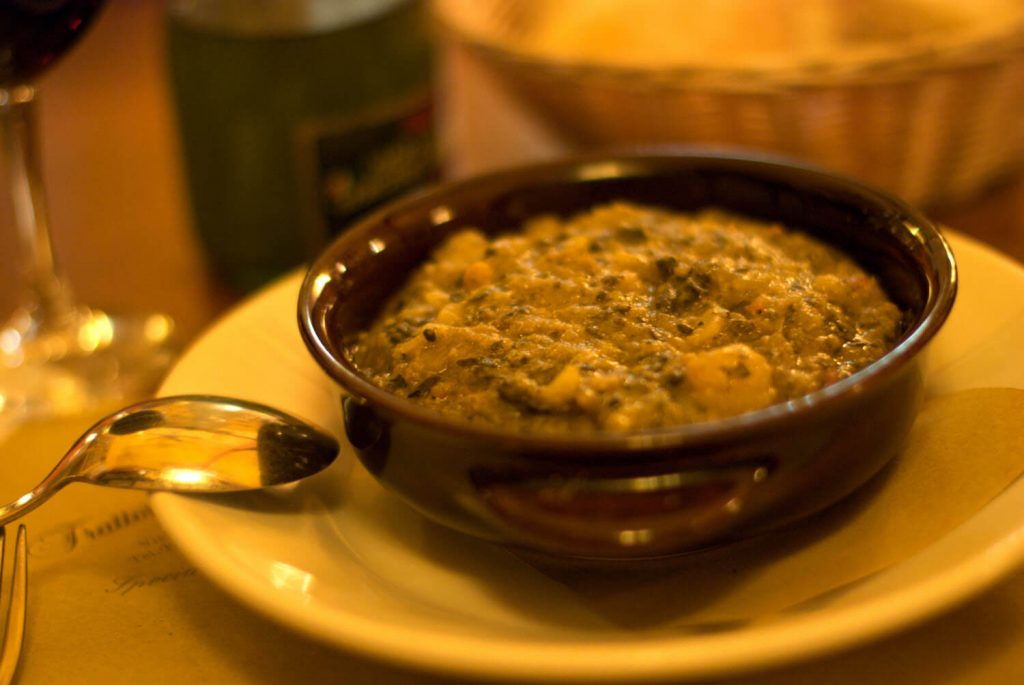 Florence is the native place of the Renaissance and has witnessed the journey towards modernism. The city has been a hub of art, culture and ageless plus enduring cuisine. Either it’s a traditional dish like Ribollita or a most famous dish Bistecca Alla Fiorentina, the food of Florence resembles the local essence. There is a whole separate menu for Tuscan Food waiting to be tasted by you. 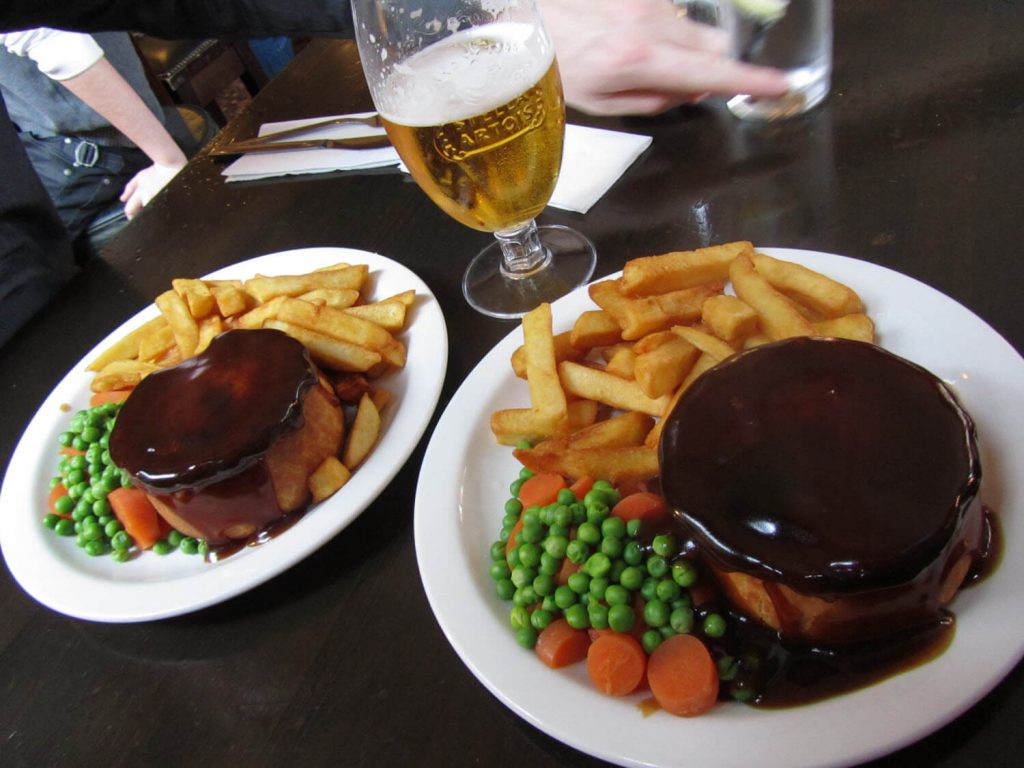 Let it be fashion, trend or food, London has justified it with a subtle traditional way yet with the little spark of the modernity. The best way to know London is to taste the Fish and chips, which is the most traditional English food which used to be food for the working class people in new age it has taken place into the prominent menu of most of the Restaurants. Another interesting food culture the London has introduced us to is brunch, so don’t forget to hog onto full English breakfast, Sunday Roast with Yorkshire Pudding, Pie and Marsh. 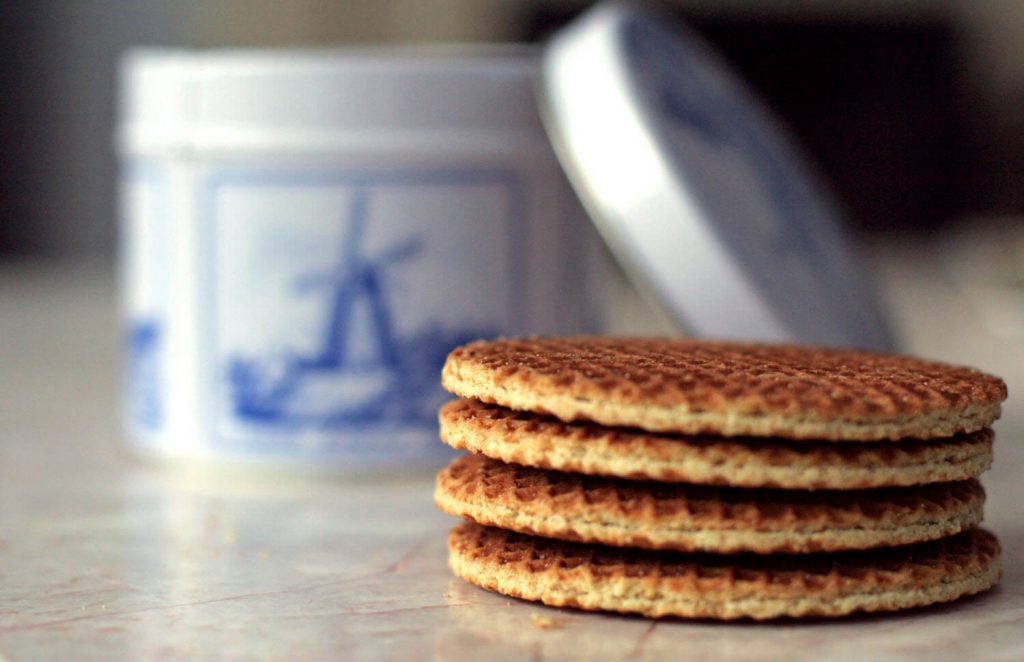 Amsterdam serves you both the traditional Dutch food as well as modern and foreign-influenced food. The city has some amazing street food which totally justifies your taste buds which are sold at a Herring booth all over the city. To enjoy the local essence do try the local dishes like Stroopwafel and Poffertjes which is basically a mini sweet and delicious Dutch Pancakes. French-Scandinavian style of cooking served at restaurants is another thing you should hog on. 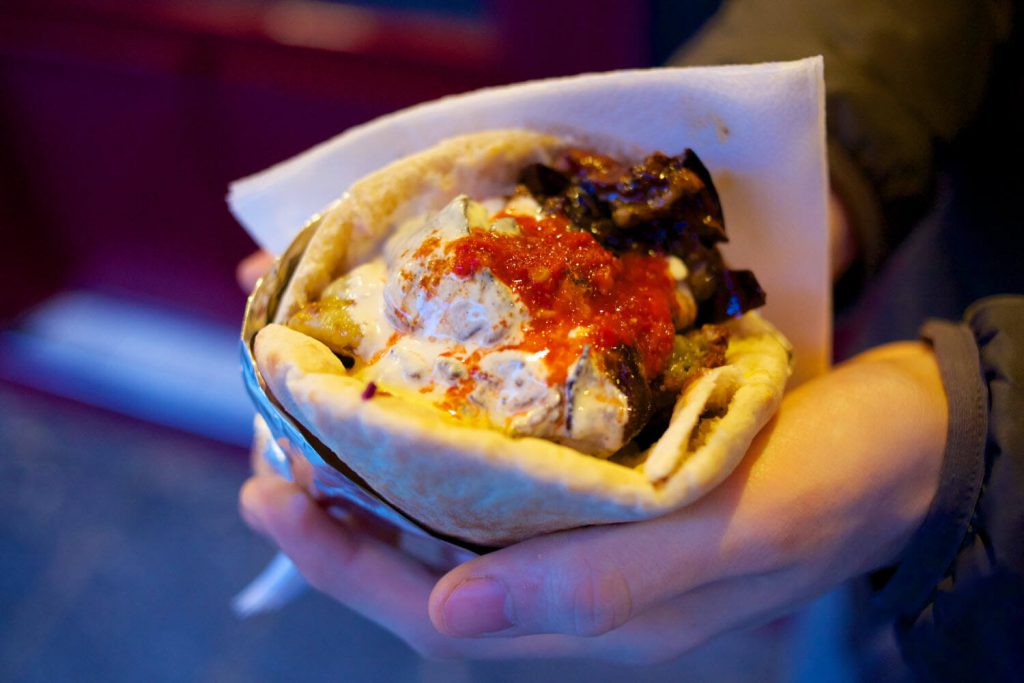 Paris is the dream destination for almost all sorts of tourists. The food of the city is another reason to have this city on your wish list. You might need a food trip from the city to try the food like Baguettes, Croissants, Oysters, Falafel, couscous and many more. Though the city is made of luxurious dining experiences, make your way to tiny restaurants which do serves traditional local foods. 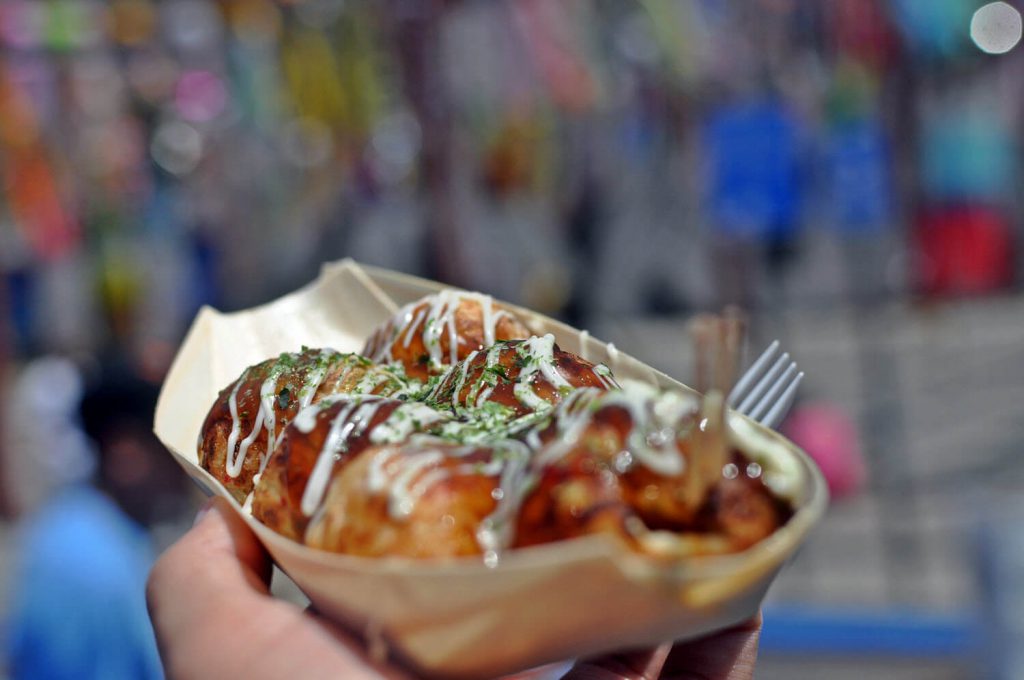 When you heard the name of Japan and sushi doesn’t come to your mind, then you are not a true foodie. The city of Tokyo is full of luxurious restaurants offering you authentic dining experience. The cuisine of the city is amazing and delightful, but the street food takes it at another level. Make your way to Takoyaki, the most famous street food place where you can try on foods like Okonomiyaki, Yakitori, Udon, Miso soup, Soba. Last but not least, try on the most loved Japanese food i.e. Sushi. 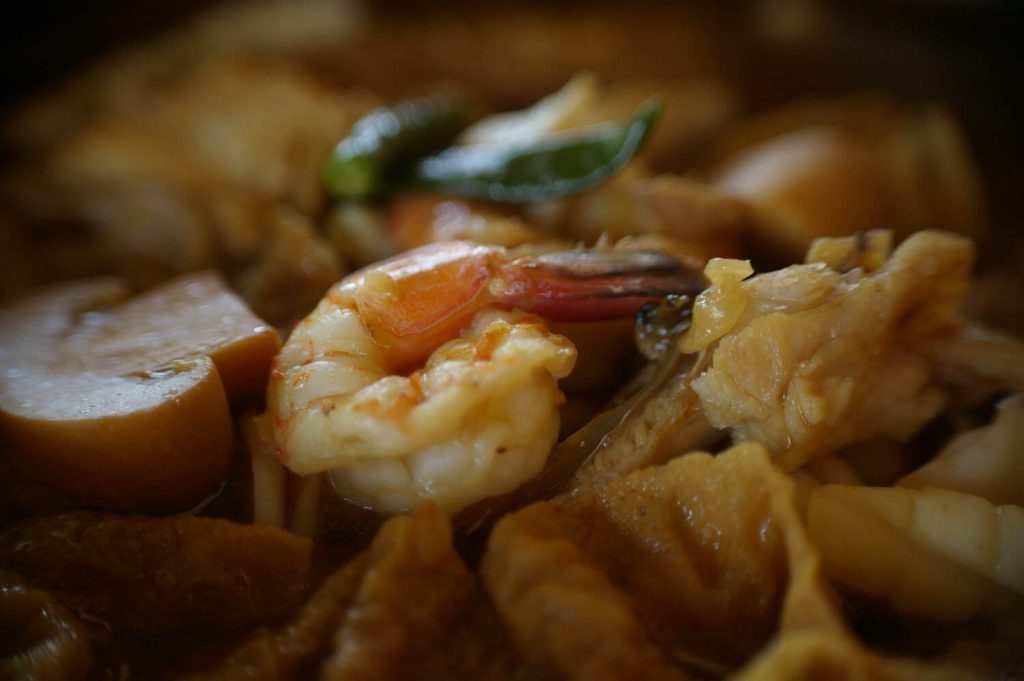 Asian food culture is mostly dominated by rice or noodle focused dishes, but seafood is the speciality of Singapore. The cuisine of the place has an influence of almost every Asian country, let it be India, China or any other. The authentic Singaporean food includes dishes like Bak Kut Teh, Char kway Teow, Wanton Mee, Dim Sum and Crabs. The Hokkien Prawn Mee, the national dish of Singapore on the bucket list of the foodies. Also, Street food of the city has its own charm to be tasted. 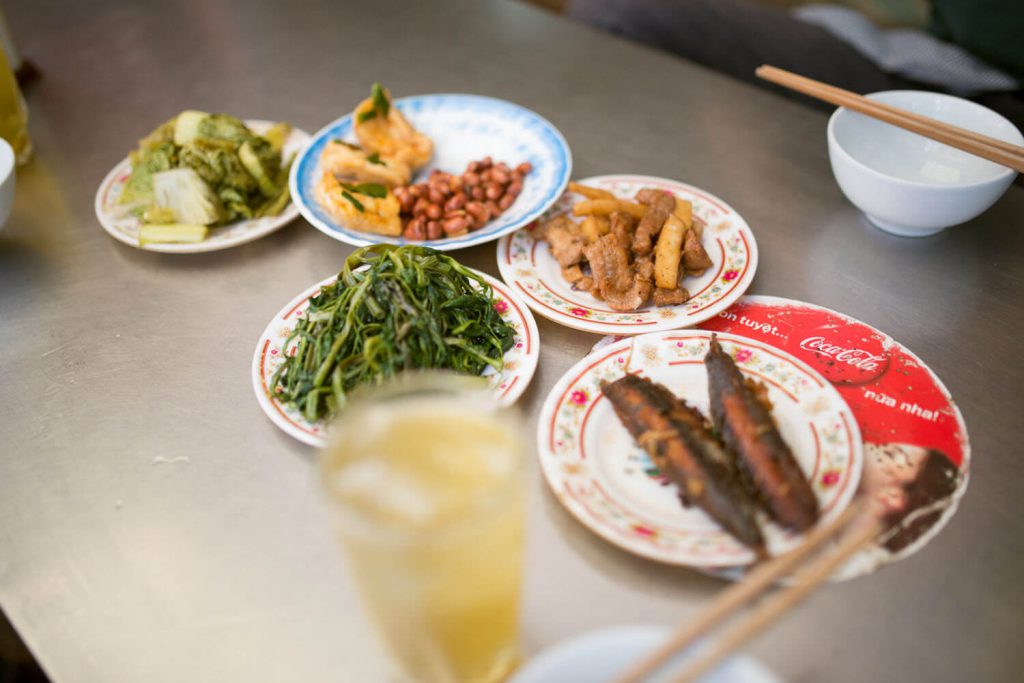 Hanoi, capital of Vietnam has been the tourist attraction for ages due to its history, Buddhist temples and ancient sights. Although another great tone of the city is its food as the city is simply flooded with many street food stalls and trucks. The city has plenty of restaurants and food outlets to spoil visitors with food choices. Hog on the National dish Pho (Noodle soup) with some other most served dishes like Pho Ga (Chicken Noodle soup), Cha Ca (Grilled &Fried Fish with rice noodles). 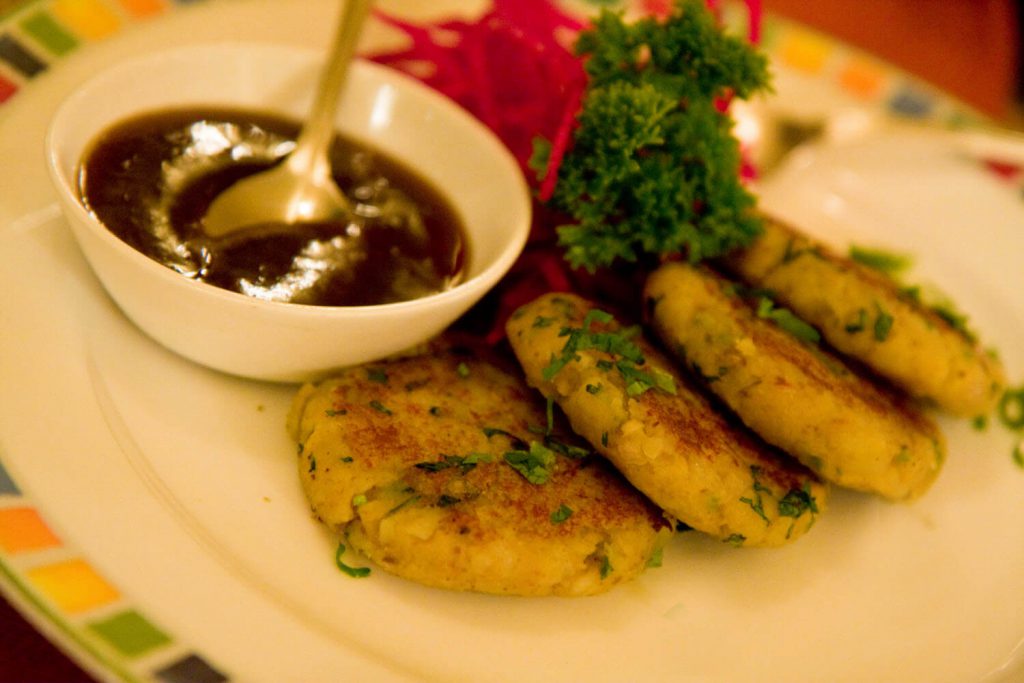 India is a heartland of spicy food and the Capital city has its own charisma. Let it be snacks, street food or seven-course meals the city owes you everything. For meat lovers, near Jama Masjid, there are a lot of places which serves delicious dishes like Mutton Seekh Kebab, Mutton Burra, Chicken Ishtew, Butter Chicken. Whereas if you want to try some Delhi Special Food then visit Chandni Chowk and Karol Bagh to dishes like Chole Bhature, Chole Puri, Kulcha, Aloo Tikki, Momos, Parathas. The food tales don’t end here; you will find five-star restaurants serving tons of different cuisines of Indian food. 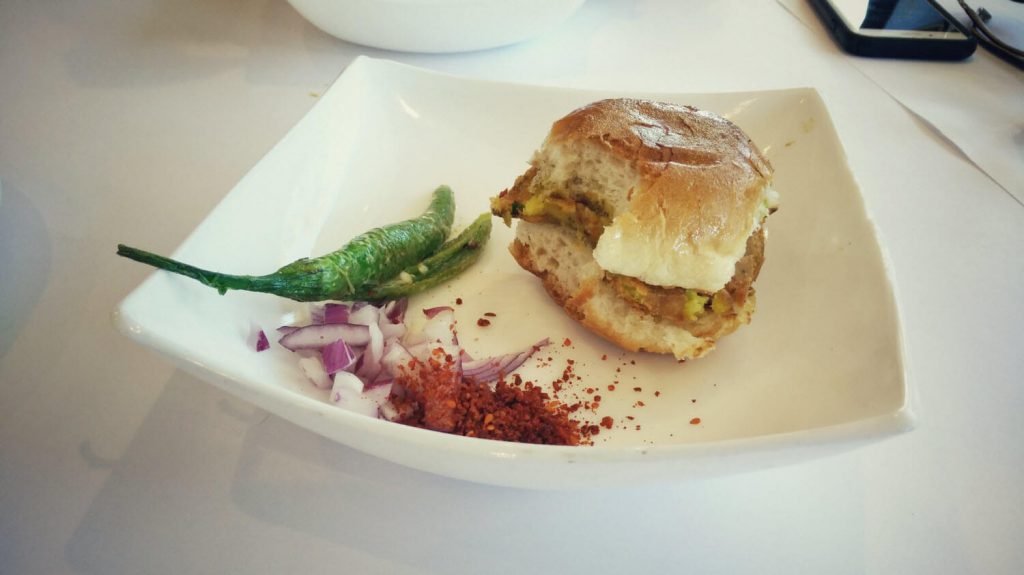 The dream city Mumbai has its own food culture. You will find almost all of the Indian flavor here due to immigrants from all over the country. There’s a whole part of Mumbai where you found exclusive diners and cuisine but if you want to have an authentic Mumbaikar feel, then give try to irani cafés and enjoy Bun Maska or Keema Pav, Irani tea. Foodies can taste all of India at Mumbai but if you are in Mumbai and haven’t yet Vadapav, your trip is a failure!

São Paulo has been a financial and cultural hub of Brazil. The cosmopolitan city has been a melting pot of all cultures, so the food has been inspired by various cuisines. To get the traditional taste, hit on the Feijoada, the national dish of Brazil followed by classic Brazilian barbecue Churrasco. Also, snacks or as they locally call lancesh like Açai, Coxinha and Pastel should be on your next food list. The place has plenty of Japanese, so sushi is easily available, but with the Brazilian twist. 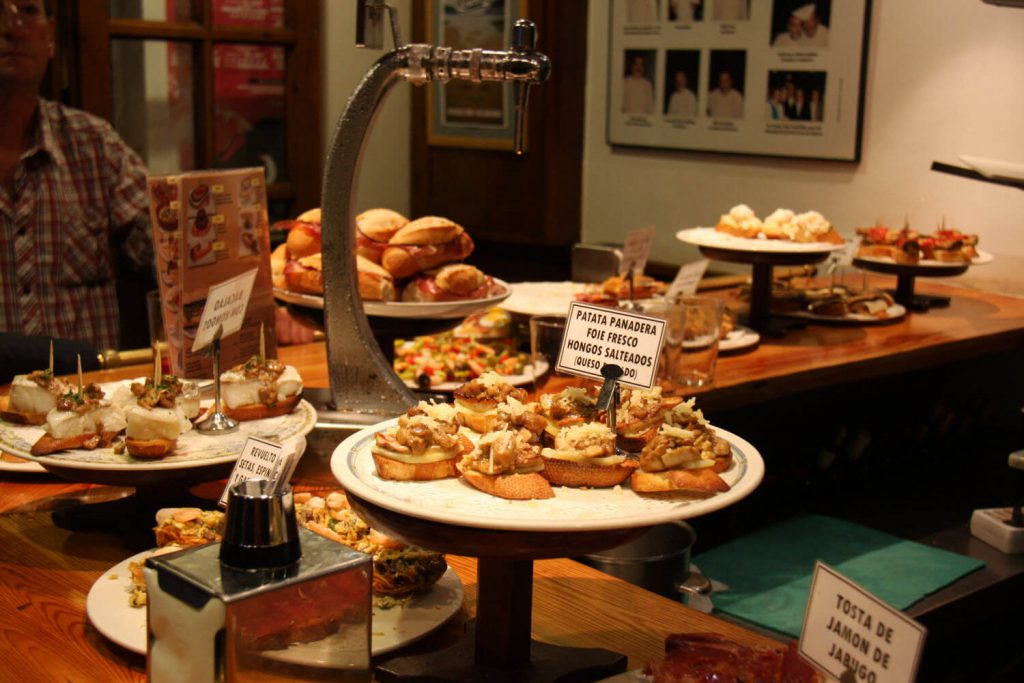 San Sebastian is the culinary capital of Spain and has gained fame due to award-winning cuisine and luxurious food experiences. Also, the food tales don’t end that as the city has a high number of Michelin Star restaurants per square meter. The coastal city is famous for the best seafood dishes which do include bacalao the, percebes and kokotxas. If you are the one who loves experimental food dishes or fine dining experience, San Sebastian is your city. 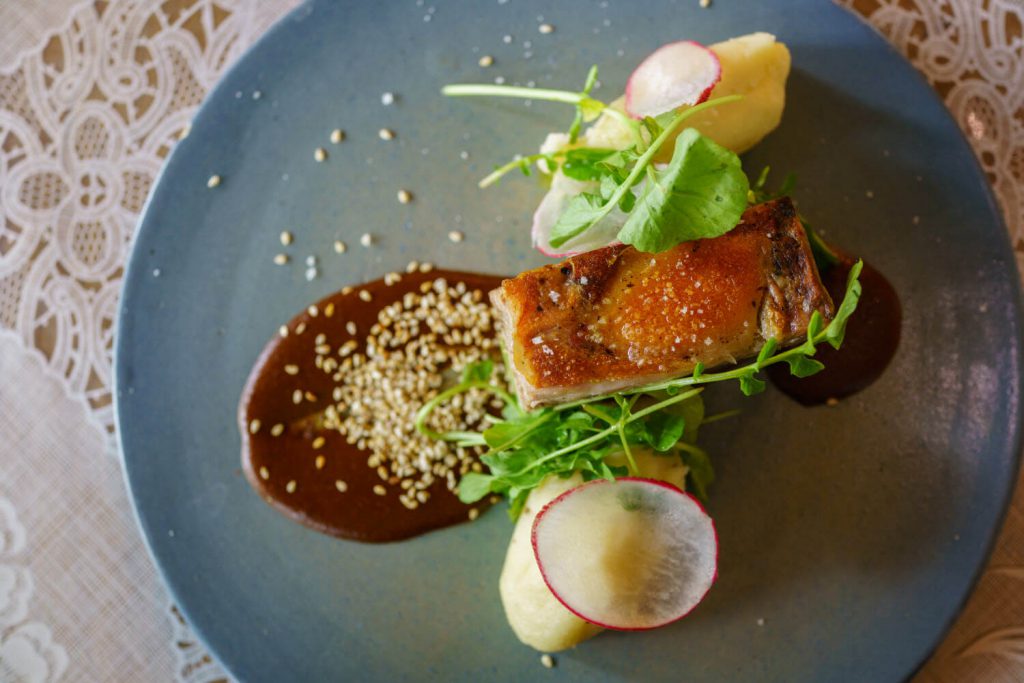 Mexican cuisine was named by UNESCO as an Intangible Cultural Heritage of Humanity in 2010. You can see that pride in the eyes of the chefs who serve the food. Mexican food has that homey feel as they believe in serving organic and fresh flavours. Tacos al pastor is the most popular local dish along with some other named Chicharrónes, Frutas en tacha and Tlacoyos. Also, the street food of the place makes sure to nurture your appetite. 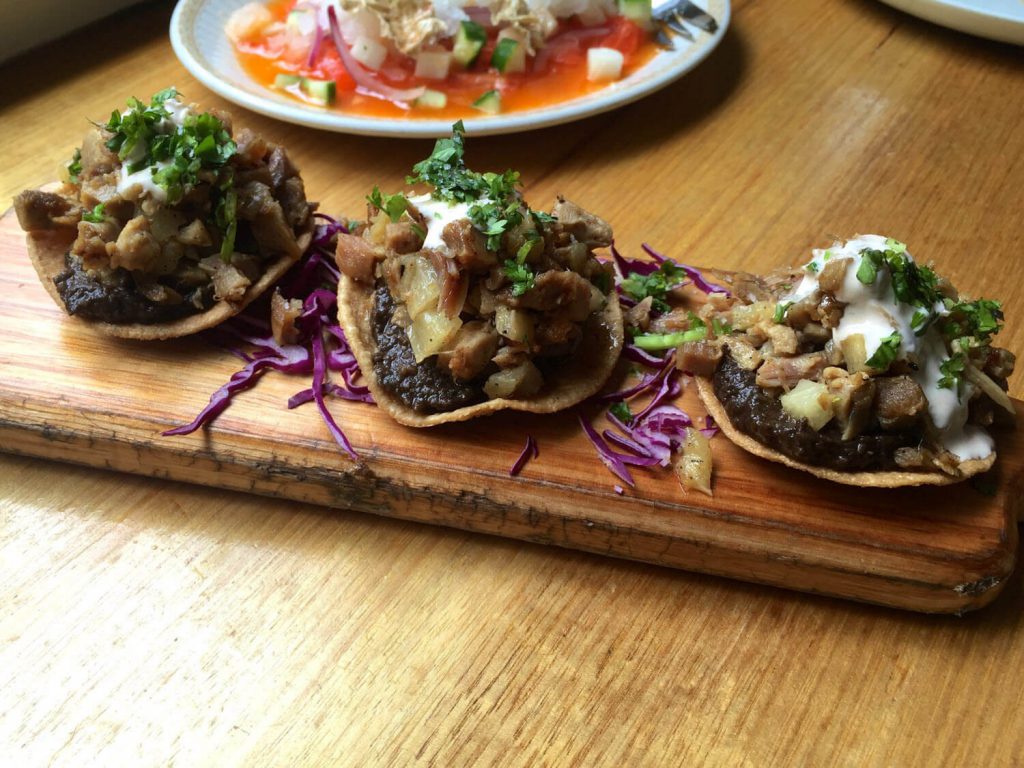 Melbourne is famous for its vine and dines rituals. The cuisine of the city has been influenced by the immigrants so basically you name it and they serve it. The blueberry and ricotta hotcake, Margherita Pizza, Baller Bucker are some of the famous local dishes you must try on. Also, the city has a café culture, so don’t forget to enjoy your coffee with a piece of pastry or chocolates. 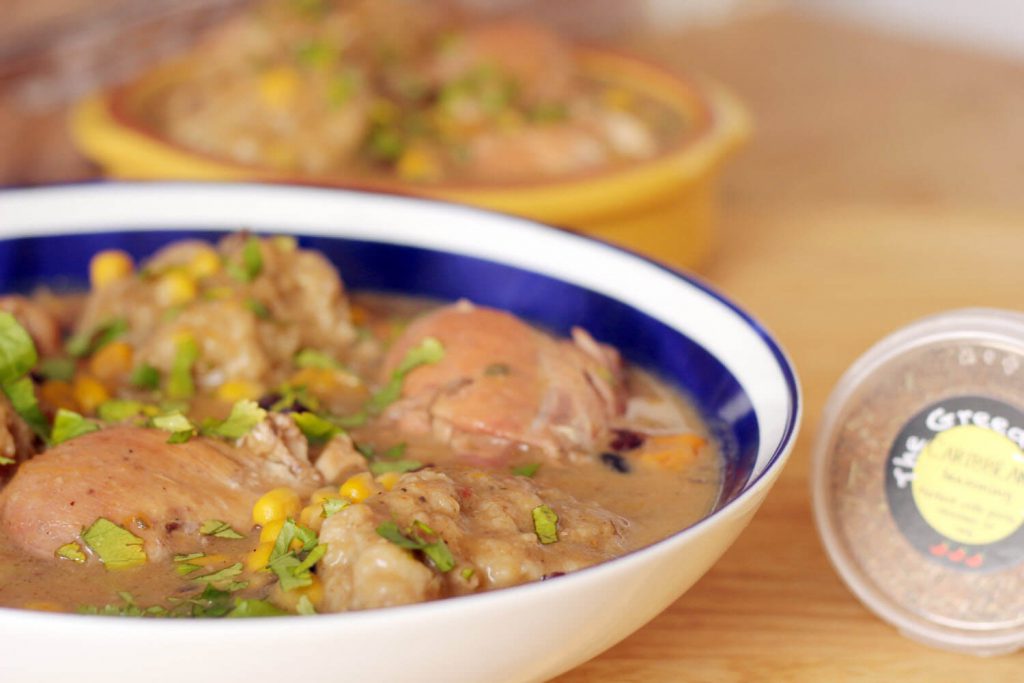 These are some cities where you can find the various tastes and tales behind the taste. So find your favorite cuisine and have a luscious world food trip.